Bold leadership means taking action that is both important and out of the ordinary. It means setting the bar high and ‘getting comfortable being uncomfortable’ while your dashboards glow red.

Conventional wisdom says you need to build the systems and infrastructure to enable people and organizations to set and achieve bold aims. My experience has shown that the opposite is true. You set the aim and the aim causes new systems to come into being. The best historical example is President Kennedy’s bold aim to “put a man on the moon and return him safely to earth…before this decade is out.” That bold aim was established at a time when no system existed to achieve the aim. No one had ever been to the moon before. The aim is what inspired and energized an entire nation to create the technologies and systems necessary to hit the target. The bold aim – that great, seemingly unachievable goal or number you’ve been shooting for – is where planning should begin.

Planning should start with questions like “What is the true need here? What have the highest performers already been able to achieve? What can we do to make best practice the common practice?” Too often, aims are established based on past, average performance. These incremental aims don’t inspire recruitment, change, action and results. Truly bold aims help to inspire and recruit what can become a true, vibrant network of interconnected and committed partners – a winning formula for transforming aims into reality.

Over the course of my career, I have led, been part of, or observed multiple, successful national initiatives whose system-building has been driven by bold aims. Here are two powerful examples:

The U.S. Department of Health and Human Services (HHS) established the Partnership for Patients (PfP) in 2011 with the bold aims of reducing preventable harm in hospitals by 40 percent and 30-day readmissions by 20 percent. Former HHS Secretary Kathleen Sebelius and former CMS Administrator Don Berwick, M.D., joined with many national leaders and organizations in the private sector to commit to achieving unprecedented results in all U.S. hospitals.

Over the course of the first three years of PfP, agencies from across HHS, together with other federal partners in the Veterans Administration, the Department of Defense, and the U.S. Office of Personnel Management met weekly to align programs and commit to specific actions to achieve progress toward the PfP’s bold aims. Federal partners united payment programs, technical assistance, transparent hospital reporting programs, safety protocols and many other levers to mobilize a ‘full court press’ of cohesive action.  Additionally, the Centers for Medicare & Medicaid Services and the National Quality Forum joined forces to regularly convene hundreds of national associations, private companies and other partners (including American Nurses Association, American Hospital Association, National Business Group on Health and others) to make and track commitments and progress toward the bold aims.

The concerted action by private and public sector partners triggered new relationships, new safety protocols, rapid national learning about proven approaches to reduce harm and readmissions, and more. Additionally, the PfP collaborative approach resulted in the development of entirely new systems for measuring harm reduction, both in the short and long term. The National Scorecard developed and implemented by the Agency for Healthcare Research on Quality (AHRQ) measured patient safety across 28 harm areas. New measurement and implementation systems were created to hit the aim.

After three years of constantly ‘living in the red’, the AHRQ Scorecard revealed a pattern of steadily increasing performance. By the end of 2014, it was clear that there had been major national reductions in overall harm. These reductions showed 2.1 million fewer harms, an estimated 87,000 lives saved and $19.8 billion in cost savings, compared to the original 2010 baseline. The nation had achieved a 39 percent reduction in preventable harm – right on track with the original aim.

The bold aims caused a number of major changes and new systems. The HHS Health Resources and Services Administration, the Organ Procurement and Transplantation Network, organ procurement organizations (OPOs), trauma centers and transplant centers created entirely new ways of sharing in real time. Best practices of the highest performing organizations and hospitals were rapidly tested and adapted by others. A ‘Leadership Coordinating Council’ of around 40 national organizations (including the Association of Organ Procurement Organizations, the Joint Commission, the National Association of Medical Examiners and others) began to meet three to four times per year to align their policies, continuing education offerings, and other levers to support progress toward the bold aims. Many trauma centers began teaming with their OPOs and transplant centers to support organ recovery from donation after circulatory death (DCD) donors.

After four years of intensive, systematic quality improvement work, the national donation rate had climbed to an unprecedented 69 percent. More importantly, the number of deceased organ donors increased from 6,081 in 2002 to 8,200 donors in 2007. The increase of 2,100+ organ donors per year resulted in about 7,400 life-saving and life-enhancing transplants each year. The resulting new national organ donation has ‘held the gains’ ever since. As a result, tens of thousands of people have benefited from the gift of life.

These two examples show that bold national aims can lead to major improvements and results. But there is also another powerful dimension to bold aims; they allow people to voluntarily embrace responsibility and invent their own solutions for achieving the aim.

The conventional method of achieving aims is to direct people – basically by telling them what to do. However, if a person or organization commits to an aim – genuinely commits, with their head and their heart – they figure out how to mobilize themselves, as well as their assets, relationships, partners and potential partners to achieve the aim. This is a straightforward, democratic, empowering and collaborative approach to getting work done. It’s a better way to live and work. It also helps people ‘get comfortable’.

For more information, watch this recent webinar I hosted with my colleague Paul McGann, M.D. 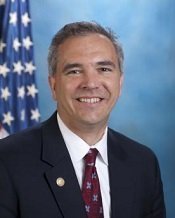